Following the extraordinary meeting of the Swiss Federal Council on 28 February 2022, Switzerland decided to adopt the packages of sanctions imposed by the European Union against Russia. In addition to freezing the assets of listed Russian individuals, the country is now applying financial sanctions on Russian president Vladimir Putin, Foreign Minister Sergey Lavrov and Prime Minister Mikhail Mishustin. With this decision, Switzerland is applying the same sanctions as the European Union (EU).

This decision is revolutionary as Switzerland has refrained from imposing severe economic sanctions against Russia in the past. Indeed, Switzerland is a neutral state that must comply with certain international laws. Neutral states are not allowed to participate in an international armed conflict, sell arms to one of the conflicting parties, cede their territory to warring states or take decisions that could lead them into a future war(such as joining an international military alliance). However, a neutral state can impose economic sanctions on one conflicting party without violating its neutrality.

In 2014, Russia attempted to annex Ukraine’s Crimea, an act that can be characterized as an international armed conflict. Since Switzerland refused to lose its role as mediator within the OSCE, it did not implement the European and US sanctions against Russia. The position of Switzerland eight years later is bold and historical in this context, as Switzerland now risks its position as an international mediator and credibility.

Although this decision was within Switzerland’s neutral framework, the country may face future repercussions. Switzerland gave a clear political position in favor of Ukraine in perceiving the situation as an “attack on sovereignty, freedom, democracy and the population and institutions of a free country”. Will Switzerland’s decision help find a quick solution to the conflict and put an end to the hostilities in Ukraine? Will Switzerland in the future align itself more closely with European sanctions and risk its international prerogatives? Swiss president Ignazio Cassis, who was in contact with Russian foreign Minister Lawrow and Ukrainian President Selenski, planned to hold peace negotiations within Geneva. The world will see in the near future if this happens. 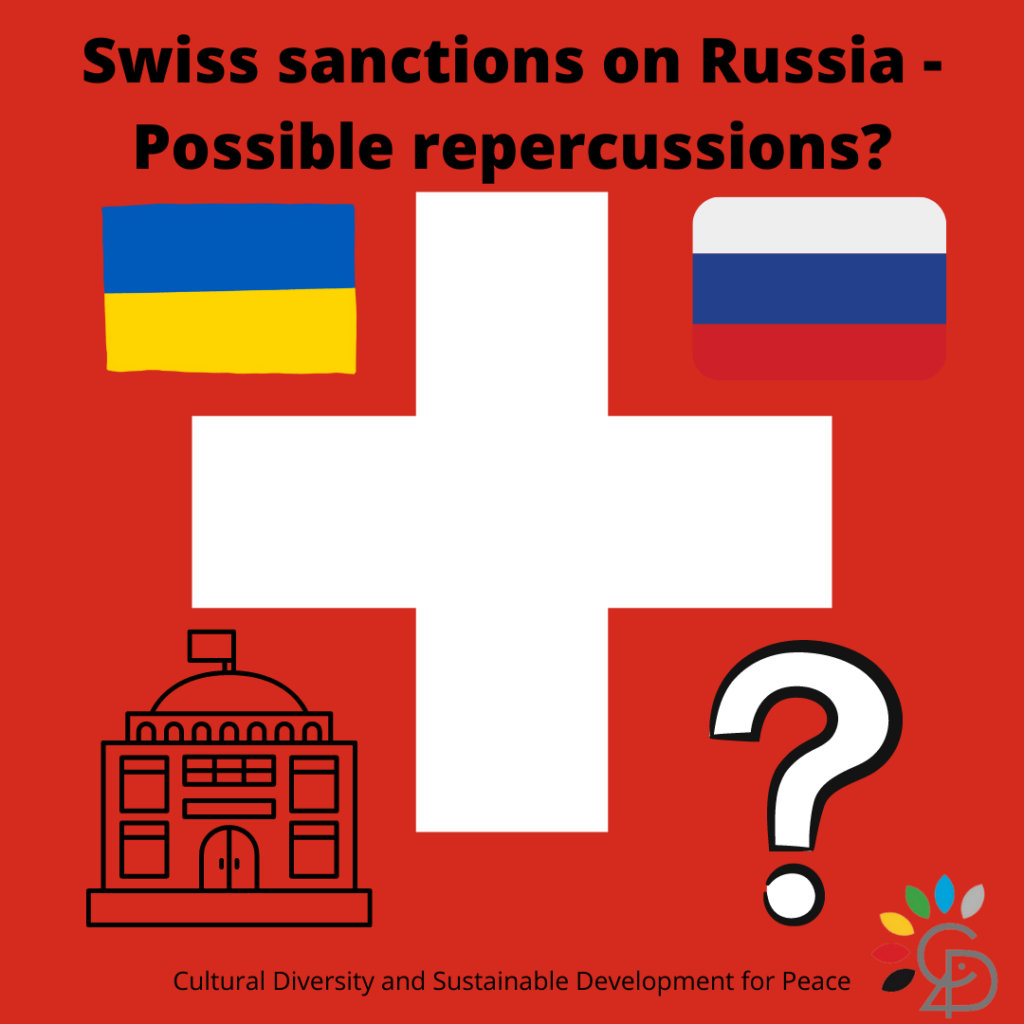