Shepherd’s pie originated in the late 1700s and early 1800s. In the late 15th century, England took over Ireland and made it a part of the United Kingdom. Majority of the Irish Catholics were peasants and due to their humble income, potatoes were an affordable option for them. It is believed that the pies were invented by peasant housewives, who after making the Sunday roast, incorporated the unused meat into a pie using potatoes as a crust.

Here is the recipe for the Shepherd’s pie : 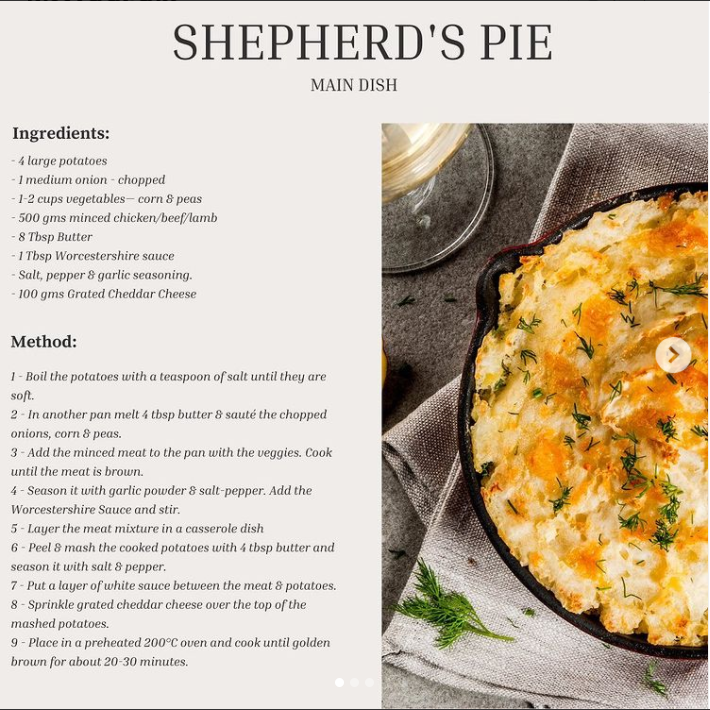 Swipe right to see the video!