Zero Discrimination Day has been celebrated since March 1, 2013, as an annual global event. The day was inspired by valuable UNAIDS work regarding the discrimination that people with AIDS face on a daily basis. Yet, inequalities may occur while applying for a job, getting health insurance, holding a certain passport, marrying who you love, praying, and sometimes just for existing in your own skin. Hence, UNAIDS wanted to create a day that would motivate people to take action against inequalities in all spaces. During this day, it is important to remind people that they hold power in their hands. They can ask for governments to promote inclusivity by drafting petitions, supporting campaigns and organizations that work towards an equal world, and advocating for the removal of discriminatory laws. At Cultural Diversity and Sustainable Development for Peace (CD4Peace), we align with the values of Zero Discrimination Day and we take upon the responsibility to make change for equality on a global scale.

It is important to remember that discrimination is not only observed in everyday life, but even under situations of duress. A current pressing issue is discrimination in the public health sector. As the pandemic began to spread across the world, the health inequalities were greatly perceived. Developing countries are paying more for one dose of a Covid-19 vaccine than developed countries. In the world’s poorest countries, people are missing their vaccination shots due to the government’s financial instabilities. Moreover, health care workers across the globe have been underpaid. According to UNAIDS reports in 2021, it is estimated that they have lost $3.7 trillion from their paychecks since 2020 and women in health care have lost more wages compared to men. Considering that the world’s billionaires have become more affluent in the pandemic by gaining $3.9 trillion, it is heartbreaking that the global health system has been suffering when we need it the most.

Furthermore, discrimination can also be seen in time of conflict. War sounds irrational and unprecedented in the 21st century, especially after the lesson taught by the two world wars. Yet, there have been regional armed conflicts every single year since the century started. The conflicts have occurred in Asia, Africa, and Middle East, with Afghanistan conflict lasting for 20 years and Yemen having the biggest humanitarian crisis in modern history. More recently, the world is astonished by the Russo-Ukrainian armed conflict. However, it is not even the first armed conflict that Europe has seen these past two decades. Still, the spotlight has been rightfully put on Ukraine at this moment of crisis and the world is watching carefully. Moreover, the international reports regarding the Ukrainian nationals and residents fleeing the country have been concerning.

As thousands of refugees leave Ukraine to escape the war, people of color and foreign citizens are facing discrimination at the borders. In recent days, there have been increasing reports of racist behaviors and racial injustice against people of color trying to flee Ukraine. Some even reported they have been prevented from crossing the border and entering EU territory, where Ukrainian nationals were given priority. Several media reported on the situation by comparing the current humanitarian crisis with wars in other regions of the world, implying that Ukrainians are not real refugees because they do not come from the Middle East, but rather from a European neighboring country. In accordance with Zero Discrimination Day, CD4Peace wants to remind that all people are equal and should receive equal treatment, even during armed conflicts. 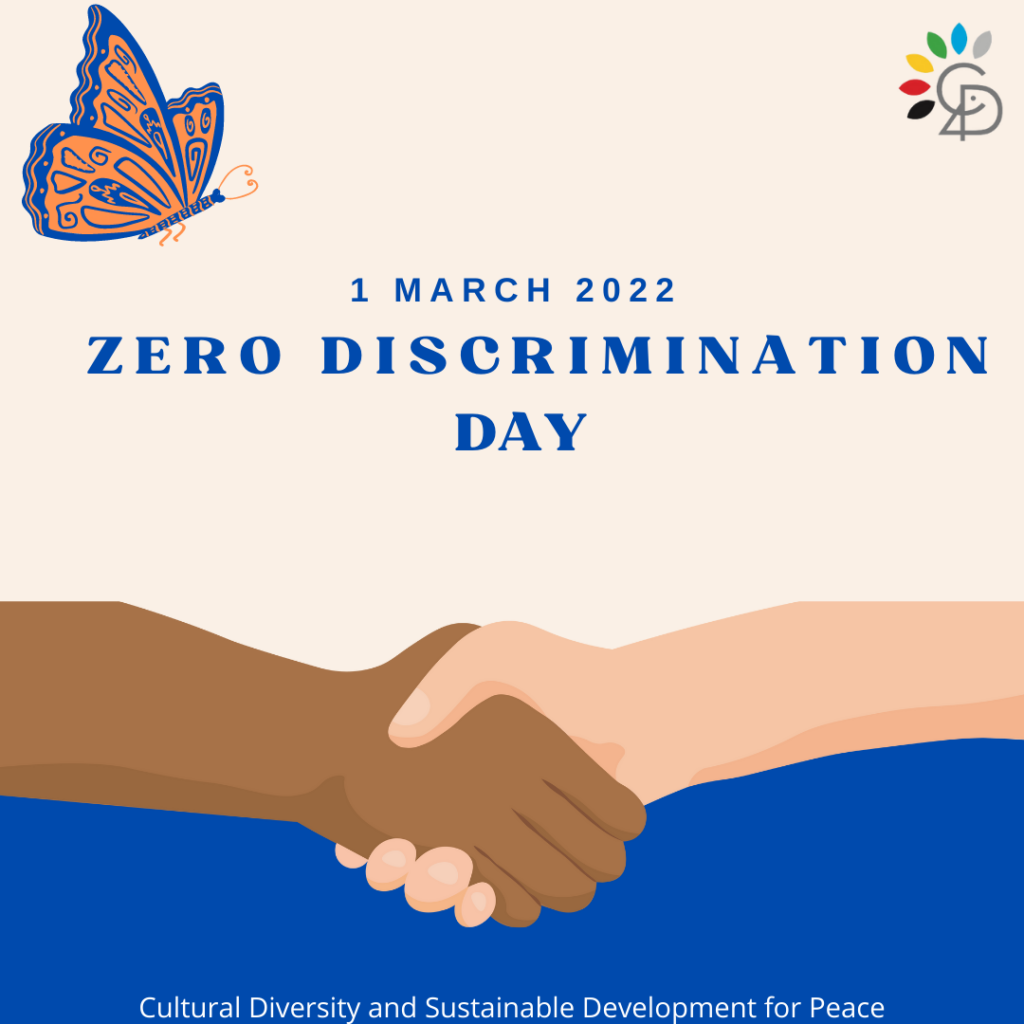