Is it worth living even if everyone believes you are dead?

Imagine being forced to fight in a war you do not believe in nor want any part in. To what lengths would you go to escape? Based on true events, Joseph decides to hide in a hole for 21 years to avoid fighting in the Iraq and Iran wars. The everyday struggle his mother endures to keep this secret along with the mental torture Joseph suffers while being tucked away and forgotten makes for one intense roller coaster of a film. Is it worth being alive like this?

On October 8th, CD4Peace organized a screening session of the movie “Mother, I’m Joseph”. The film director, Mohammad Reza Fartousi, an independent producer, director and screenwriter of documentaries and movies regarding issues in the Middle East, attended our session and gave the audience an opportunity to question him on his work. At CD4Peace, we tried to interpret the movie according to our values and knowledge.

We understood the neutral position that Joseph takes (by avoiding the war) as carrying out an important message about warfare: neutrality does not exist. As Joseph’s secret life indicates, the only way to remain neutral is to cease any form of existence. Indeed, Joseph’s neutrality costs him all aspects of social and personal life.

But staying undercover for twenty years comes with consequences: Joseph’s mother, his only accomplice, is in great pain from keeping such a heavy secret. She is portrayed as an old and tired woman who seems disillusioned yet simultaneously hopeful about the future. She has recourse to rituals to prolongate her life, as if she was close to death but holding on to life to witness the day her son would finally be free.

Similarly, Joseph’s lover seems animated by the hope to see Joseph return. Unaware of his secret, the spark in her eyes when she talks about Joseph’s possible survival spreads faith onto the spectators, who gradually adopt the two women’s dream to see Joseph reunited with his loved ones. To us, she represents the women who have seen their relatives disappear in conflicts but keep faith and hope to see them again one day. Present in the two feminine characters, the element of hope particularly affected us as it is a sentiment intrinsic to all conflicts and crucial to peace processes.

The return of Joseph, so much hoped for by his mother and lover, also signifies a return to peace. However, the fact that Joseph is right by her side but remains imprisoned in a reality that she cannot access makes reunification and appeasement a faraway dream. This carries heavy meaning for the wives, mothers and children of soldiers across the globe, who helplessly await reunification.

The movie has an artistic and abstract character that leaves its audience somehow puzzled. The open end of the movie allows to re-contextualize it in recent Middle Eastern conflicts. In the last scene, Joseph appears escaping on a refugee boat, an image familiar to today’s world, where the refugee crisis is hitting hard.

In this regard, the movie was of great interest for CD4Peace who is concerned with conflict resolution in the Middle East. Refugee flows from the region are massive in European countries, raising significant issues of integration and creating culturally diverse societies. “Mother, I’m Joseph” reminds us that, even though we tend to see refugees as one big mass, every person who seeks asylum in our countries has an unimaginable individual story. Such message calls for understanding, compassion and empathy: three values that reflect the atmosphere CD4Peace aims to create globally, in order to foster peace and engage in conflict resolution. 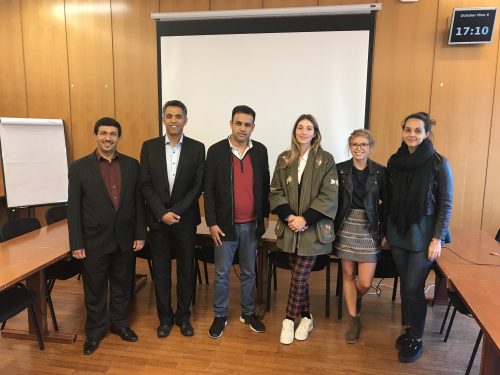 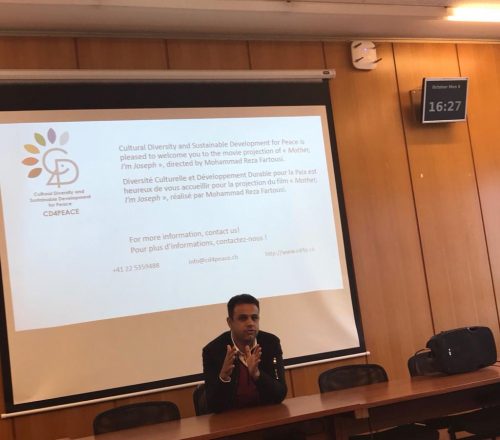